President Richard Schwartz called the Zoom meeting to order at 9:00 and welcomed 15 participants, including invited guests Michael Franklin from the county, and Melissa Diaz of the Town Crier. Board members participating by Zoom were Giovanni Cosetti, Carolyn Levitski, Annamarie Padula, and Nancy Borchers.

Minutes –The minutes from the September Zoom meeting had been emailed to board members. Motion by Annamarie Padula, seconded by Nancy Borchers to approve the minutes was passed.

Treasurer’s Report—Annamarie Padula reported a beginning balance in September of $9,998.65. There was $50.00 in new memberships. No expenses. The ending September balance was $10,038.65. Motion to approve the report was made by Carolyn Levitski; seconded by Giovanni Cossetti. The treasurer’s report was approved.

Roads and Traffic—Richard Schwartz – Culvert work on 243 between Mt. Center and Idyllwild continues. There may be short delays on 243 north of Pine Cove as Caltrans works on the side of the road near culverts. The blacktop on Franklin near Sherman is coming apart. Richard will contact the county.

·         Mr. Franklin discussed the current situation with CSA 38 and the CSA 38 funds. He answered questions previously submitted to him by Jerry Holldber.

·         He assured the PCPOA that all the funds previously collected and the new yearly ad valorium taxes could only be used for approved projects that improved structural fire protection in Pine Cove, and that protections were in place to insure that they were not diverted to other county needs.

·         The balance as of July 1 2019 was $451,851, and approximately $70,000 in tax revenue yearly comes into the fund. Decisions on what projects to fund come from the fire chief. Suggestions and requests from PCPOA can be made to Michael Franklin, who continues to represent the county regarding CSA 38.

·         Emergency Alert Siren--Michael Feyder related that the letter sent to the county EMD and Supervisor Washington by Richard Schwartz on behalf of PCPOA was effective in renewing their interest in the project. More to come as they prepare. Richard will send a letter of thanks for their reply.

·         PCPOA board for 2021—Thom Wallace will fill the vacancy left by the resignation of Barbara Jones, and Andy Kawas has agreed to join the board in 2021 replacing Carolyn Levitski who has termed out.

·         Complaint from homeowner about the intrusive and rude behavior of a census worker. The sheriff’’s office was contacted.

·         Fall Newsletter—the newsletter will be sent in November and will contain the membership application for 2021.

Minutes -- The minutes from the January meeting were presented. Motion by Annamarie Padula to approve the minutes, was seconded by Nancy Borchers. Motion approved.

Treasurer’s Report—Annamarie Padula reported $971 in deposits for January, but the bank statement was not yet posted by the bank. Motion to accept treasurer’s report by Carolyn Levitski, seconded by Giovanni Cosetti, was approved.

Membership—Pat Hacker reported that there are 487 members currently.

Public Relations—Nancy Borchers—To announce the meeting, flyers were posted around town and the sandwich board was placed at the corner of the Pine Cove gas station.

Roads and Traffic—Richard Schwartz --Culvert work on Highway 74 will continue for the next six months. There may be significant delays with one lane traffic and possibly a pilot car. A new street marker was installed at McGovern and Hwy 243, and pot holes have been reported for repair to county.

CSA 38-- Marge Muir reported that the last CSA 38 meeting explained the past year’s expenditures and that CSA 38 receives about $68,000 yearly from property taxes to fund projects.

MAST--The next MAST meeting will occur on the second Wednesday in March at 1:30 at the Nature Center. Public invited.

MDP—Thom Wallace reported that MCFSC will present a video at the school auditorium on March 4. A notice with details will be in paper.

Old Business—Kathy Hamilton stated that the parking problem at her property had been resolved.

New Business:
·         Marsha Kennedy sent an email reminding citizens to report parking and traffic violations anonymously on the CHP web site SanGorgonioPass@chp.ca.gov Include date, time, location and license plate number.
·         Flyers from the Elders Group and the newsletter from the Historical Society were made available.

Hospitality: Thanks to Maria and Ron Harmon for treats, and to Giovanni Cosetti for coffee

Minutes -- The minutes from the December meeting were presented. Motion by Annamarie to approve the minutes, was seconded by Giovanni Cosetti. Motion approved.

Environment: Giovanni Cosetti has provided two speakers for this meeting, and will have a representative from SCE at the February meeting to answer questions about Edison’s planned and unplanned power outages.

Roads and Traffic—Richard Schwartz –Caltrans will resume repair of culverts along Highway 74. The delays will be very minimal and should not inconvenience the traveler. Richard will contact Caltrans about filling potholes on Sylvan.

·         MCFSC --Courtney Lox spoke about the services available to homeowners from Mountain Communities Fire Safe Council. She indicated that there may be some grants in the fall to help abate vacant property. There is grant money now for residences. Owners pay 35%  and a grant covers 55%. All tree contractors used by MCFSC are licensed and bonded.
·         Idy Elders and Others—Mary Morse spoke for this group about their objective of helping seniors age in their own home by providing information and possibly services to persons. The group meets every two weeks at the library, and their next meeting will be January 16, at 1 PM at the library. Shannon Ng will speak about a new library program to check out laptop computers to seniors.

New Business:
·         resigned as Hospitality person. We thank Barbara for the many, many times she has provided coffee, napkins, cups, etc. at our meetings. Giovanni Cosetti will fill the position.

Hospitality: Thanks to Annamarie and Giovanii for treats, and to for coffee.

Minutes -- The minutes from the November meeting were presented. Motion by Sherry Edwards to approve the minutes, was seconded by Giovanni Cosetti. Motion approved.

Roads and Traffic—Richard Schwartz –Caltrans has completed removal of dead trees near the highway. They are now placing reflectors. Crews will be active during the winter months clearing culverts and removing fallen rocks. Please be careful of workers.

New Business:
·         Suggestions for speakers at 2020 meetings from members were the Elders Group, Edison, Fire Safe Council,       and the ICC
More suggestions will be appreciated.
·        Help Center gifts—Only two families from Pine Cove, 4 children in all, need gifts from PCPOA. Annamarie         and  Nancy Borchers will be shopping for those gifts. There will be extra money then for propane, etc. as   needed.
·       The ICC sent a letter requesting a donation of $100.00 towards the Tree Lighting event. Motion by Sherry     Edwards, seconded by Giovanni Cosetti, that we send a check for $100.00 towards the event. Motion carried.

Hospitality: Thanks to Richard Schwartz for treats, and to the firemen for coffee

Minutes -- The minutes from the October meeting were presented. Motion to accept by Annamarie Padula and seconded by Sherry Edwards.  Approved.

Treasurer’s Report—The September beginning balance was $8,004.04.  Income of $90 for memberships and one expense of $575.99 for gym equipment for Stn. 23.  Ending balance was $7,518.05.  As there was no income or expenses for October the balance remains the same. Motion to accept by and seconded by .  Approved

Environment—Giovanni Cosetti –  She reported that she did check with Edison in regards to power outages and unless there is an emergency, which might include high wind conditions,  residents would be notified of outages in advance. She also provided the following information so you could check conditions on your own.

1.  SCE Links:   a)  http://sce.com/wildfire will show most factors of determining a power outage due to "wind event"; b) http://www.sce.com/psps is where everyone can log into their own SCE account to update their outage notification preferences.  Snail mail is still an option for "scheduled outages" but for "wind event" or "emergency outages" this is where everyone can make sure they receive timely alerts.

2.  Twitter:  Twitter is most easily used if one logs into Twitter and searches via a hashtag (#).  For example, even if you follow zero accounts, you can still log into Twitter and in the search bar (magnifying glass symbol) you can enter "# + name of fire" (example:  #cranstonfire) and up to the minute news will be in your feed.  Link for Twitter:  https://twitter.com

Roads and Traffic—Richard Schwartz
·         SR243 is open as of Friday at 6:00 pm
·         SR243 between Mountain Center and Pine Cove will be restriped using a method termed “thermal stripping” which incorporates reflective beads in the pigment to improve visibility.  This is supposed to have begun on Thursday between the Nature Center and Pine Cove.
·         Removal of dead trees in the Cranston Fire burn area of SR 243 and SR74 had begun.  This also could require traffic control, usually with minimal waits.
·         Replacement of old culverts and creation of asphalt flow dikes on SR74 is funded, but not yet scheduled.  Work is expected to take 6-9 months to complete.

MDP— said that request for donations have been mailed and hoped that many people would respond.

Old Business—Richard spoke to the current Board and they are all willing to serve another term, so no election needs to be held. Holiday Party will be held at the Rainbow Inn on Saturday, December 7.  RSVP by Nov. 25th.

New Business:  As soon as possible we need to get the newsletter out.  This is the time we send renewal notices for 2020 and the invitation to the Holiday Party.

Hospitality: Thanks to Giovanni Cosetti for treats, and to for coffee

Minutes -- The minutes from the September meeting were presented. Motion by Sherry Edwards to approve the minutes, was seconded by Barbara Jones. Motion approved.

Treasurer’s Report—Annamarie Padula is absent, so no treasurer’s report was available. September’s balance was a little over $8000. Most likely near the same now, according to Richard Schwartz.

Environment—Giovanni Cosetti –
·         There is tree clearing work in the meadow, conducted by PCWD and Cal Fire and PIno tree service. Also an area has been cleared for some incoming pipe. PCWD is pre-prepping a spring 2020 water district open house.  Wood chips and compost are available from the district 24/7. Help yourself.
·         Cal Fire has prescription burns scheduled for suitable days in the winter. Shaded fuel break work, probably near Red Hill trail and near Point of Rocks to Fern Valley will commence shortly.
·         Edison has been using helicopters over the area to assess the power lines and equipment. As the helicopter hovers, infrared technology allows the condition of the poles, lines, and other equipment to be recorded, so that repairs and replacements can be scheduled. Edison may use power outages during wind events. No guidelines for the triggering of outages are currently available.

Roads and Traffic—Richard Schwartz --Major work on Highway 74 is completed, and instead of a pilot car, occasional flagging with one-lane traffic will be needed when finish work is done. Highway 243 remains closed to Banning. The repaving project in the center of town is ongoing, and may necessitate flagging delays. There will be no work on weekends, and one lane will be open, even during the work times. Richard will ask Cal Trans about re-striping Highway 243, as the lines are faded.

MDP—Bob Edwards—the DAS unit in Fern Valley is close to being fully stocked.  Persons are invited to apply for positions on the board.

Snow Group—Sherry Edwards brought magnets with the non-emergency numbers for members to use. The snow group will place trash bins on weekends during snow times, but remove them on Tuesdays.

Old Business—Richard has made a sign board to announce PCPOA events, and it has been placed by Highway 243 near the service station.

New Business:
·         Nominations Committee—Possibly Jerry Holldber and Nancy Borchers.  Members are invited to submit their names for consideration as board members. Persons can serve up to 6 years--three 2 year terms.
·         Reminder of Christmas party at Rainbow Inn on December 7. Pot luck, so bring a side dish or dessert. PCPOA will provide a main dish.

Hospitality: Thanks to Richard Schwartz for treats, and to Barbara Jones for coffee 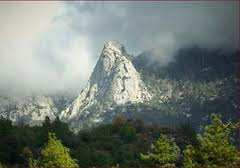 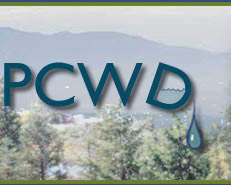